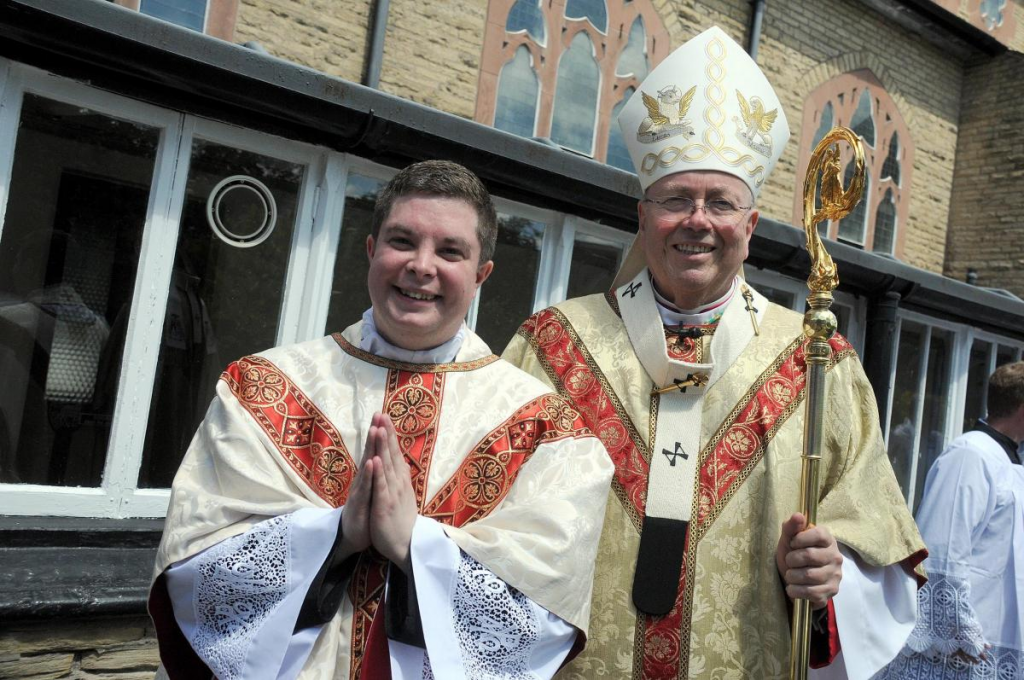 A Catholic priest has been busted by an undercover agent posing as a gay man on Grindr. According to reports, it took the priest “less than 20 minutes to tell the undercover officer – posing as a 36-year-old bisexual man – that he was sexually interested in young children.”

The undercover officer began chatting with the priest on Grindr — a gay hook-up app — and then it moved to more secure and encrypted internet communications apps including Kik and Wickr.

The priest, Father Matthew Jolley, admitted while he mainly liked girls, a ‘cute’ boy would also be of interest, the Manchester Evening News reports. After telling the undercover agent that he wanted to “do” his two-year-old son and “share him” with his father, Metro reports that he sent indecent images of himself.

In September, he arranged to meet the father and his two-year-old son at their home in Halton, Cheshire where he tried to run once the undercover agent’s identity was revealed. However, the officer was able to tackle and arrest him without further incident.

Last Friday, Jolley was sentenced to three years and four months in prison and placed on the sex offenders register for life after he pleaded guilty to arranging the commission of a child sex offense. The judge recorder, Jeremy Lakser, commented that this was not an “aberration,” but something he’d planned out for a considerable length of time.

It cannot be said it was an aberration, it was something you considered at length over a time. During that lengthy period it progressed so far as you believed almost to fruition.

You are an ordained priest in the Catholic church.

I do not impose a more severe sentence for that reason but it goes without saying, although I do say it, that your words and actions and intentions seem to me to be wholly inconsistent with the teachings of the Catholic church and you have done nothing but a great disservice to the church.