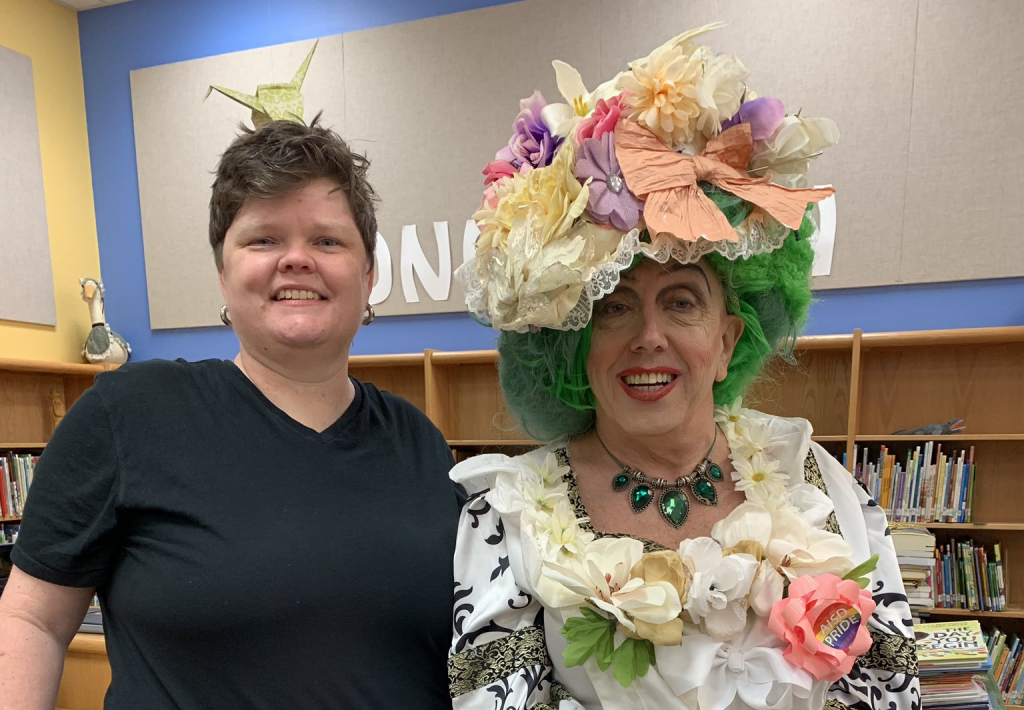 Blackshear Fine Arts Academy — an elementary school in Austin, Texas — recently invited David Richardson, a drag queen who was convicted in 1996 of male prostitution and goes by the alias Miss Kitty Litter ATX to interact with children as young as 5-years-old. The school hosted a “pride week” to celebrate sexual aberrancy during the week of October 7.

David Richardson is a regular visitor to a local library in Austin and proudly boasts his felony conviction on his Twitter page. According to MassResistance, Richardson has posted “perverse jokes and allusions to prostitution on social media, which strongly suggests that he has no qualms about the sex trade. Some posts suggest that he has not left the prostitution/sex trade at all.”

J Wren Pennington, pictured left, is an LGBTQ activist who works for the Austin Public Library and is responsible for organizing the drag queen events.

Richardson is one in a string of many drag queens who have been exposed as convicted sex-offenders while demanding unimpeded access to prepubescent children in public settings.

The school is overseen by Principal Rick Garner. Phone calls for comment were not returned, however, it should be noted that Garner’s son is currently enrolled at Baylor University, a Southern Baptist college.

The school’s contact information can be found at this link on their home page.