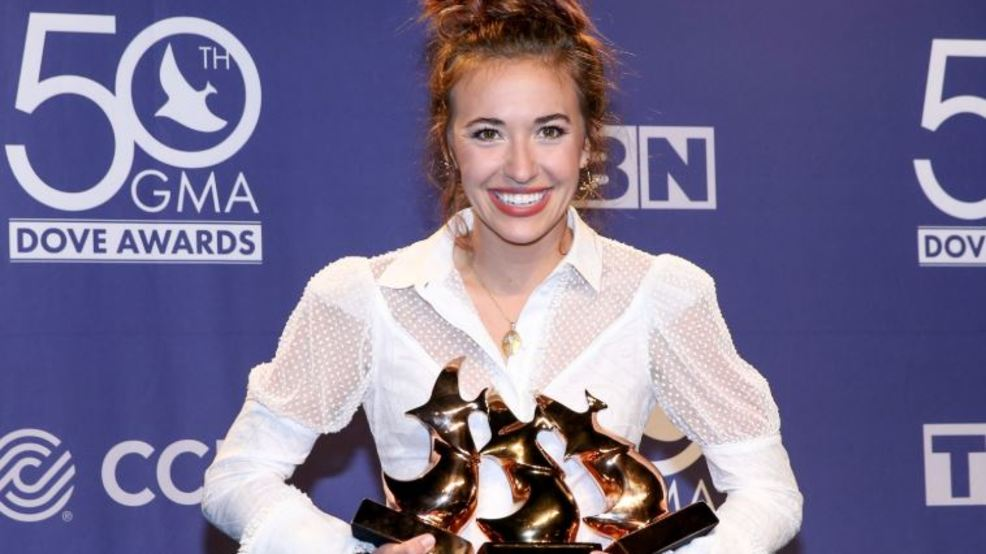 The 50th anniversary of the Dove Awards, the Grammy’s of the Christian music world was dominated by popular artist Lauren Daigle. Daigle has experienced a meteoric rise to stardom after she crossed over from performing popular ‘worship music’ to becoming a regular on the late-night TV circuit. Last night she won awards for artist of the year, song of the year and pop/contemporary album of the year.

While her music is the main gig, she actually spent a good portion of the last year doing interviews on radio and TV trying to explain to the mainstream market that she can’t say whether or not God considers homosexuality a sin. Ironically, one of her Dove awards was for a song called, “You Say,” which talks about God… (or her boyfriend… we aren’t really sure) declaring truths about her in the face of her doubts about herself. So while she can’t say what God says about sexual immorality, she can say what God says about how awesome she is.

While receiving the awards for her chart-topping success in the Christian music realm, she said, “As you know, I have been busy denying the authority of Scripture on podcast, radio, blog, and TV interviews all over the country. It has been a grueling schedule, and I am tired. But I told my managers that I wanted to take a night off to come here and receive these awards for being such a talented Christian. Here I stand holding three Christian trophies. It reminds me of when God will give us trophies in Heaven. Yes dearies, I believe that part of the Bible. I also believe the part about giving honor to whom honor is due. So I appreciate you showing me honor tonight. I’m sure you’ve heard some negative things about me ever since I became part of the mainstream community. So let me just clear the air now. I believe whatever the Bible says unless it conflicts with the lifestyle of someone who may buy my music. So an abomination is still an abomination unless it can keep me from reaching number one on the Billboard charts.”

The crowd applauded enthusiastically. Except of course for those humble and charitable Christian artists who were barely beaten out by Daigle for the top awards. They were on the phones texting nasty messages to their label reps.

Unverified Source
Category: Satire – Disclaimer: while this piece is satirical in nature, it is based on real events that have happened. Lauren Daigle has blasphemed God by contradicting Paul and the written word on homosexuality. Use the search function on the site to find out more.