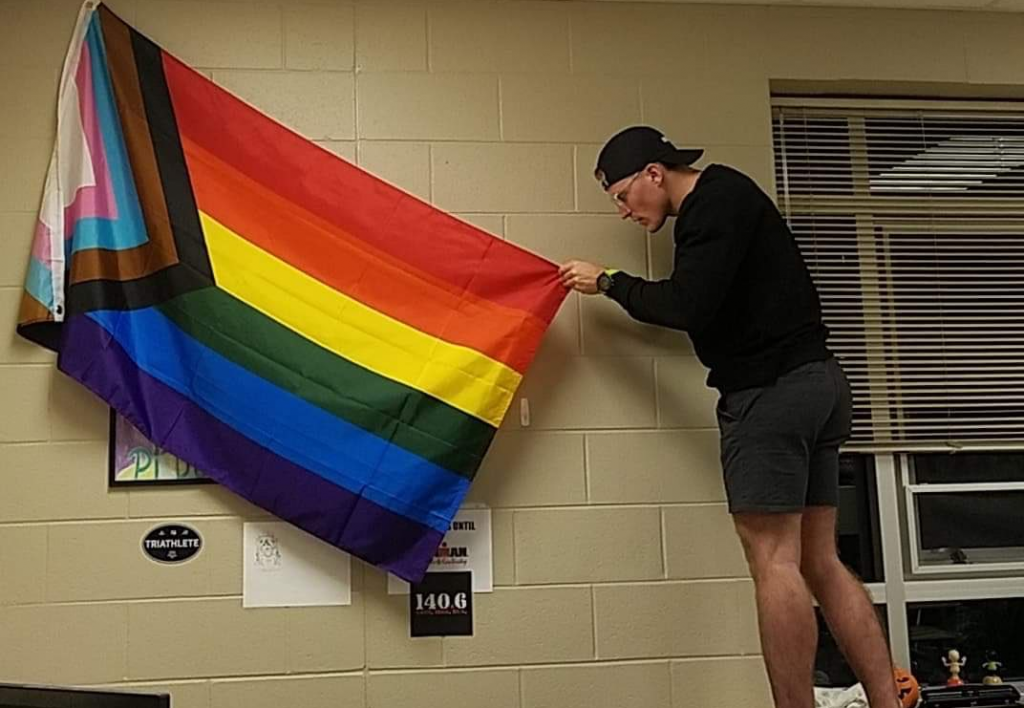 Public schools are corrupting children at an alarming rate. Recently, we reported on the high school in California that crowned a male student “homecoming queen” despite the fact that he was, well, not a girl.

Now, a high school in Miamisburg, Ohio, is officially sanctioning gay pride in at least one classroom. A teacher at Miamisburg High School, under the principal, Michael Black, has turned his classroom into a haven of sexual immorality.

Under the flag, a sign hangs which describes “The Progressive Pride Flag” reads,

As an LGBTQ+ Ally I promise to protect, defend and support equal civil rights and LGBTQ+ social movements. I vow to welcome and advocate for all sexual orientations, sexual identities, gender identities, and/or gender expressions.

Of course, the children who attend this class have no say in the matter and are subjected to this onslaught of sodomite pride being shoved down their throats. In a school system that won’t even allow a teacher to mention the name of Jesus, nobody bats an eye that teachers and school districts around the country are officially sanctioning the religion of Sodom.

Join our ad-free Substack community to read and post comments...
- Advertisement -
Previous article
Being Pro-Life Has Nothing to Do With Refugees and Immigrants or Underprivileged Minorities
Next article
While SBC Pastor and The Gospel Coalition Push For Reparations, The Bible is Clear that Whites Owe Nothing