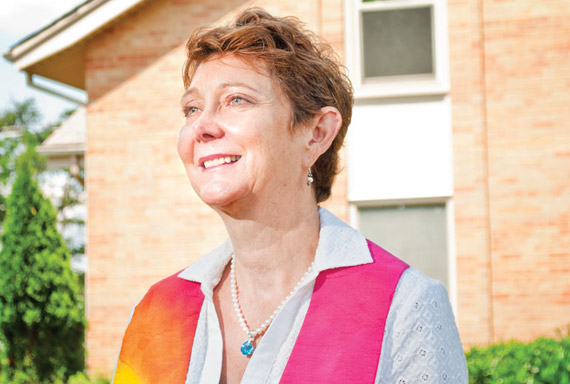 Following in the footsteps of progressive Christian outlets such as The Gospel Coalition, progressive churches across the nation are becoming more and more engrossed in social justice activism. Across the more liberal of these churches, the push for LGBTQ inclusion has become a recurring theme.

One progressive Baptist church in Maryland sold its church building and shuttered its doors so that it could donate its money to various social justice causes — particularly LGBTQ youth “ministries.”

According to Baptist News Global,

A progressive Baptist church known for its advocacy of LGBTQ inclusion is selling its building and donating more than $1 million in proceeds to 35 ministry partners, community groups and other non-profit organizations.

The building was sold to a spanish-speaking tongue-flapping Pentecostal congregation for approximately half of its market value — which they say “made it possible for that church to stay here and establish roots.”

The congregation was, accordingly, led by a female (feminist) “pastor” named Jill McCrory and were faced with mounting financial problems. Instead of opting to repair their financial disarray, thankfully, the congregation opted to dissolve. However, many of the ministries the proceeds of the sale were donated to received large sums of money. These ministries and charities included, according to McCrory, “medical clinics, school lunch programs, hospice care, emergency housing funds, Habitat for Humanity builds, LGBTQ youth programs and other community support services.”

By donating to these causes, McCrory says they can leave with “dignity and grace.”

Rather than spending down their assets to pay for a building and Sunday worship for just a few people over several years, they decided to be bold, be a blessing and leave a legacy.