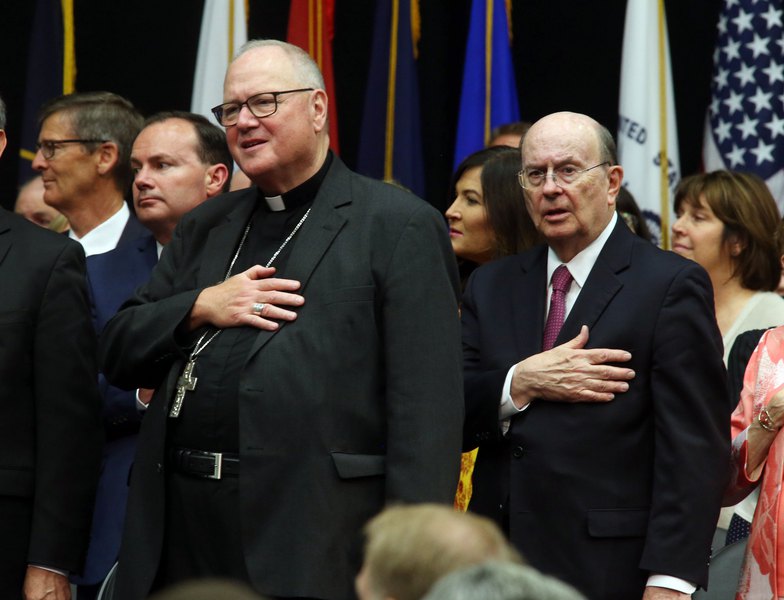 It has always been a core tenet of the Protestant Reformation that the Roman Catholic Church is the harlot spoken of in Scripture that oppresses the true Church while fornicating with the kings of the world. In fact, the Roman Catholic Church will join hands with just about anyone except for true, Bible-believing Christians. While you may see prominent figureheads of the Southern Baptist Convention and other Evangelical denominations holding hands with Roman Catholics for various causes, ecumenism is strictly forbidden by Scripture (2 Corinthians 6:14-15, 1 Corinthians 5:11).

Recently, one of the most prominent Catholic leaders in the U.S., archbishop of New York, Cardinal Timothy Dolan, joined Mormon Elder Quentin L. Cook, of the Quorum of the Twelve Apostles at a patriotic service in Orem outside of Salt Lake City, UT — the home of Mormonism.

“We have to remember that patriotism is a biblical virtue … And to see people coming together — especially to see our young people — to show that we’re not alone in our love for God and country,” Dolan said in a news release. Of course, the Roman Catholic Church isn’t alone as they have joined every other false religion in the world to oppose the one true God.

“We’re very grateful of having the opportunity to have Cardinal Dolan here, to have us be able to work together on things that would bless this country, whether they’re of faith a or no faith at all, has been an incredibly significant thing, as far as we’re concerned,” the Mormon leader, Quentin Cook stated. Reportedly, Cook has worked extensively with Cardinal Dolan on issues involving faith, family and religious freedom.