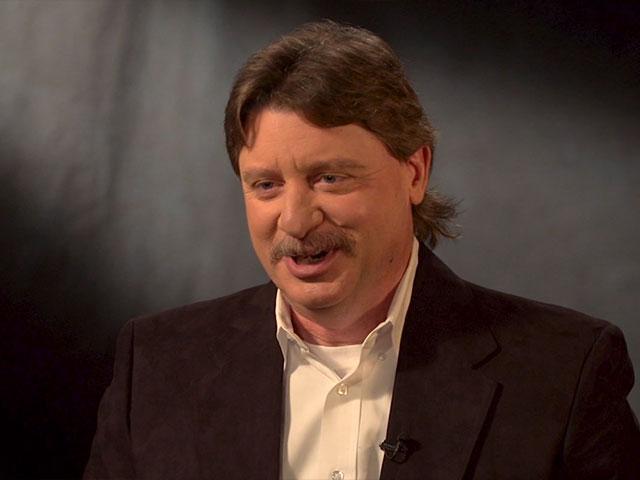 The charismatic movement is stupid. And sometimes, it becomes really obvious. Mark Taylor is a charismatic prophet and co-author of The Trump Prophecies, and he claims that God first revealed to him that Donald Trump would be president in 2011. He originally thought that Trump’s presidency would be in 2012, but that prophecy did not come to pass, permanently marking Taylor as a false prophet who speaks presumptuously of God (Deuteronomy 18:22).

Recently, Taylor can be seen absurdly asserting that chemtrails are used by Satan to block “God’s frequency.”

When you think about it, they’re spraying aluminum and barium in the chemtrails and if you look on the periodic table — barium and aluminum — barium is Ba and aluminum is Al … spells “Baal.” No coincidence.

After suggesting that the chemical make-up of chemtrails spells out one of Satan’s names, he goes on to say that humans are “walking antennas” designed to pick up on God’s “frequency,” and that because we’ve been breathing the aluminum and barium in the chemtrails, we can’t pick up on it as well.

Apparently, over thousands of years, demons have come to Earth to show people how to tap into this knowledge and do this stuff.

I know that you can do all things, and that no purpose of yours can be thwarted

Join our ad-free Substack community to read and post comments...
- Advertisement -
Previous article
Matt Walsh, Your Virtue Signaling Will Not Get You Out of Hell
Next article
Where Does The Woke Movement Ultimately Lead? Suicide