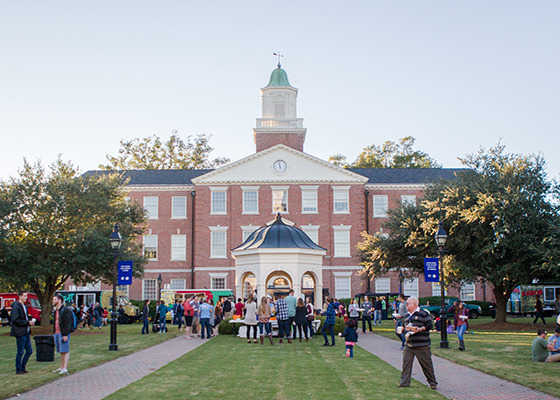 Southeastern Seminary is “woke.” Danny Akin, its president, is “woke.” The Southern Baptist Convention — well, it’s “woke.” “Woke” is all the rage these days and if you’re not “woke,” you’re not with it.

Southeastern Baptist Theological Seminary (SEBTS) has an “Office of Kingdom Diversity” — a program that hosts events such as Martin Luther King Jr. and Malcolm X read-ins. It exists to promote liberal ideology such as “white privilege,” “white guilt,” and a general indignation toward a predominantly white society and its culture. In other words, it exists to teach seminarians that to be white is shameful and “whiteness” must be eradicated.

The whole idea of “whiteness” the inherent guilt upon which atonement must be made has made its way throughout the entire spectrum of Evangelical-dom. Matt Chandler, of Village Church, is a strong proponent of “white guilt” theology and has even said that he would hire an “African American 7” over an “Anglo 8” for no other reason than the color of their skin.

Eric Mason, another close friend an ally of Matt Chandler has taken his “” as far as blaming all mass-black abortions on white people — an absurd assertion, indeed. Nonetheless, the lack of personal responsibility for sin has been exchanged in this movement for a form of collective guilt and atonement. An Idea found nowhere in New Testament teachings.

Jemar Tisby is another exceptionally outspoken proponent of “white guilt” theology and has called on white people to atone for the generational sin of racism by various methods including monetary reparations and affirmative action. It is a cycle upon which satisfaction will never be met.

In a recent Kingdom Diversity podcast, Jason Cook and Courtlandt Perkins discussed “the challenges and joys of pastoral ministry In a multiethnic church and shares if pursuing multiethnic ministry is worth it.” The main crux of the entire podcast was that white churches are evil and black churches are good, but multi-ethnic churches are only good if white people step down from leadership and let blacks lead. At one point, the guest stated, “white men, and especially seminarians, need to die to the idea of being a pastor of a multi-ethnic church.” You can hear that at the 27:05 mark at this link or below.

Southeastern has gone completely off the rails with their “woke” theology. The fact that the color of one’s skin should be the determining factor of one’s qualification to lead a congregation says much more about the people pushing that ideology than it does the rest of us. The hatred toward people because of skin-color is much more prevalent on the “woke” side than it is the “non-woke.” The sad thing is, the vast majority of these people are in so deep that it is unlikely they will ever see the vast hypocrisy of their own position.

Virginia Legislation Would Grant Personhood to Unborn Fetus For HOV Lane Travel, but Not Abortions