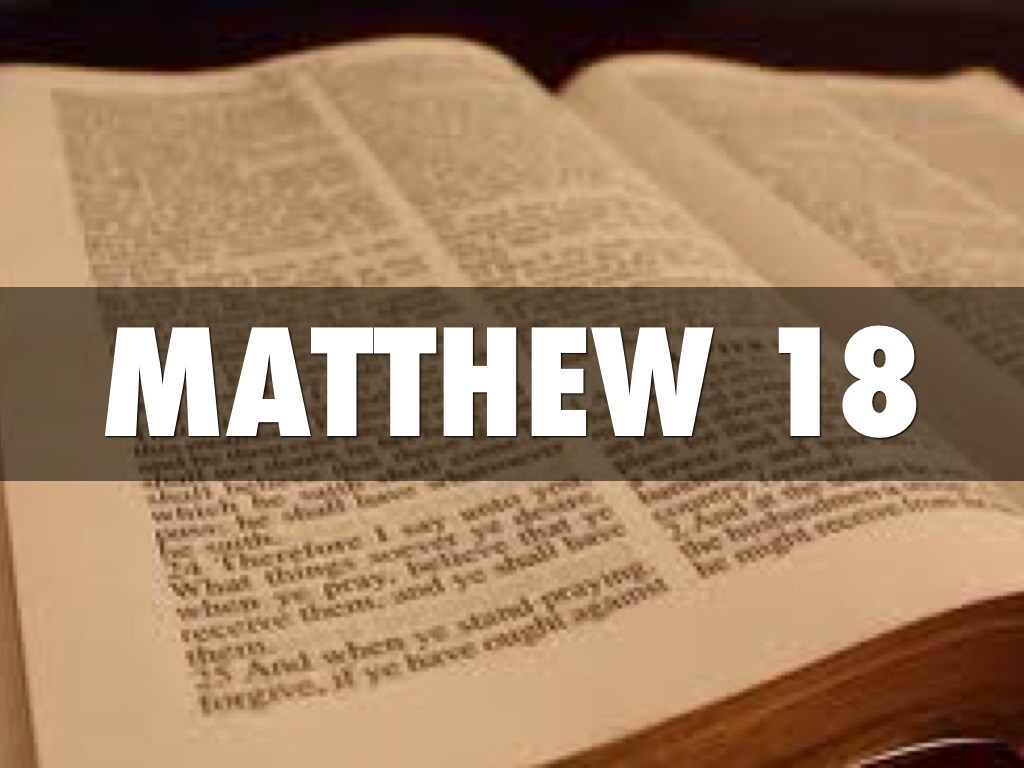 One of the prevailing erroneous criticisms plaguing polemics and discernment ministries is the improper application of Matthew 18 also known as church discipline. Church discipline, when rightly understood, does not apply to public figures acting in a public manner. In other words, when false teachers teach falsely and publicly, not only is a public refutation allowed, but it is necessary. Here’s why Matthew 18 is not applicable.

If your brother sins, go and show him his fault in private; if he listens to you, you have won your brother. But if he does not listen to you, take one or two more with you, so that by the mouth of two or three witnesses every fact may be confirmed. If he refuses to listen to them, tell it to the church; and if he refuses to listen even to the church, let him be to you as a Gentile and a tax collector.

When someone who is not a member of your own local church sins or otherwise proclaims something with which you disagree, you are not obligated to first go to him in private before you criticize him.  Any Baptist who tells you otherwise is in error.  This can be easily demonstrated by examining the three-step church discipline process prescribed by the Lord in Matthew 18.

Step 1: Go privately to a brother who is in sin. It is completely possible for a Christian to go to any other Christian who is in sin and call him to repentance in Christian love.  In fact, Christians should do this for one another even if they are not members of the same local body of believers.  Furthermore, taking this action privately is a wise course of action in many given situations.

Step 2: If a brother who is in sin refuses to listen to you after you privately approach him, take at least two other brothers with you and call him again to repentance. While it is logistically more complicated to take multiple people to meet with an erring brother about his sin, it is certainly possible.  Once again, taking this action as privately as possible may be a wise course of action.

Step 3: If a sinning brother who has been approached in private and by a group refuses to repent, take the matter before the church.  If the brother still refuses to repent and won’t listen to the church, treat him as if he is a non-Christian.  He is to be put out by the Church.

At this point, “the church” must be defined.  Here is how the Baptist Faith and Message 2000 defines it:

A New Testament church of the Lord Jesus Christ is an autonomous local congregation of baptized believers, associated by covenant in the faith and fellowship of the gospel; observing the two ordinances of Christ, governed by His laws, exercising the gifts, rights, and privileges invested in them by His Word, and seeking to extend the gospel to the ends of the earth. Each congregation operates under the Lordship of Christ through democratic processes. In such a congregation each member is responsible and accountable to Christ as Lord. Its scriptural officers are pastors and deacons. While both men and women are gifted for service in the church, the office of pastor is limited to men as qualified by Scripture.

Because churches are autonomous and local, each Christian is under only the ecclesiastical authority of his own church.  If a Christian is not a member of your church, your church cannot put him under discipline.  He is under no obligation to recognize the authority of the officers of your church or the authority of your church’s congregational decisions.  He is under such obligation at his church, not yours.  Since you are not a member of his church, you have no standing there to bring him under discipline. The third step of the Lord’s three-step prescription can only be exercised by members of the same church.  Each step is integral to the prescription; therefore, the Matthew 18 process of church discipline is only applicable to members of the same church.

Episcopalian and Presbyterian churches (unbiblically) recognize ecclesiastical authorities above that of the local church.  Christians from these denominations recognize the authority of a bishopric, general conference, or synod.  Under such ecclesiology, all three steps of the Matthew 18 church discipline process could be exercised by members who are not a member of the same local body.  This is not the case for Baptists, however.  A Baptist should feel free to criticize, publically if necessary, any public action taken by those who are not members of his own local church (including denominational employees and officers).  Just remember that such criticism should be edifying, truthful, and relevant.

Join our ad-free Substack community to read and post comments...
- Advertisement -
Previous article
Silent Night or Acid Trip?: When it’s hard to tell the difference
Next article
You Won’t Believe What These Atheists Did at an Abortion Clinic