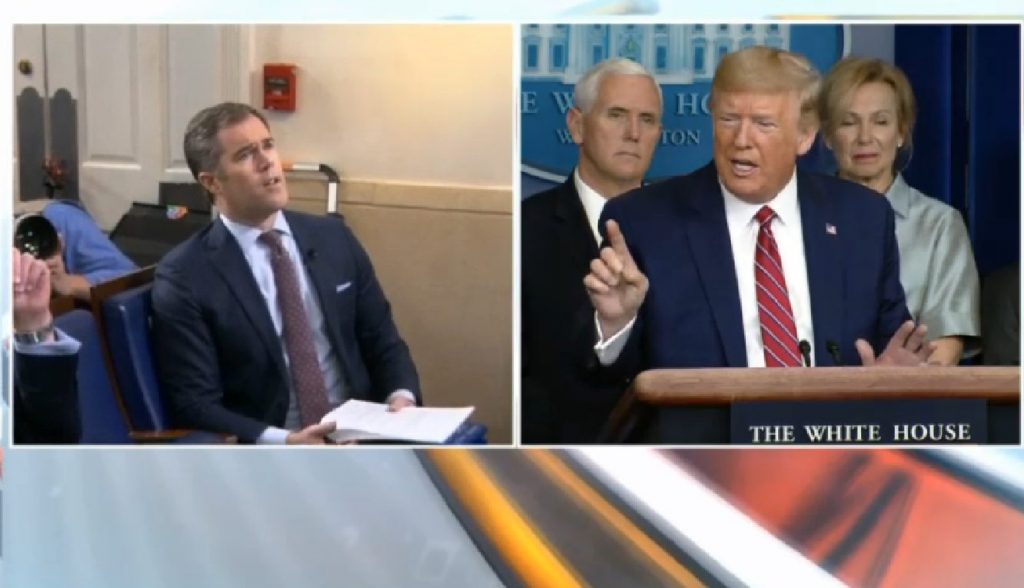 Trump Lays Into NBC at Whitehouse Briefing, “You’re a Bad Reporter,” “I Call Them Con-Cast, not Comcast”

NBC reporter Peter Alexander asks Donald Trump “what do you say to all the Americans who are scared?” Trump responds, “I say to them that you’re a terrible reporter. That’s what I say.”

Trump told them that their reporting was “sensationalism” and not real reporting and that they need to get back to actual reporting.

He also told him that he calls them “Con-cast,” as opposed to their trade name, Comcast.

Join our ad-free Substack community to read and post comments...
- Advertisement -
Previous article
Does Mark Dever Believe the Church is Subservient to Government?
Next article
Greg Smith Challenges Cody Libolt to Public Debate on Presuppositionalism, Will He Accept?