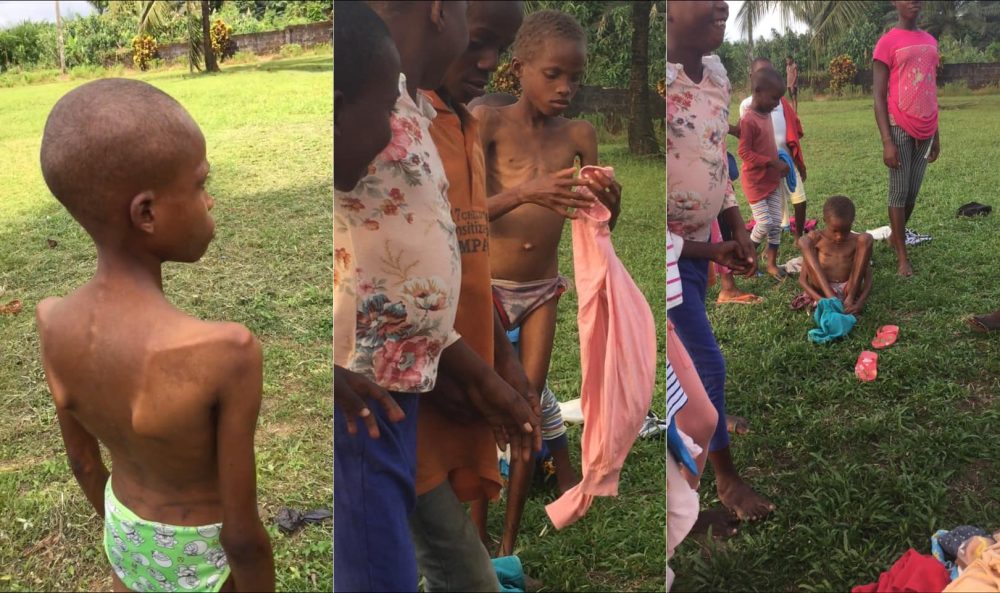 13yo Girl Locked in Bathroom, Starved, Tortured After Pastor Told Mother She Was Possessed by a Demon

According to the Child Rights and Rehabilitation Network (CRARN) — a nonprofit registered in the U.S. as a 501(c)(3) and operating in Nigeria — a 13yo girl was found who had been locked up in a dark bathroom and tortured and malnourished for years after a pastor told the mother that she was possessed by demons.

The girl, identified as Mercy Effiong from Oron, Akwa Ibom State, was said to have been “locked up in a toilet and a dark, isolated room for years before she was rescued to the CRARN Children Centre, Eket, Nigeria,” according to the organization’s Facebook page.

“The mother tortured and neglected her as a result of a spurious claim by her church prophet that she was possessed by a demon,” CRARN stated, “She was deprived of foods and hardly given the needed nutrition to survive. She ended up eating her own feces at some points to survive.”

“Consequent upon this, Mercy suffered from malnutrition and became badly emaciated and almost died before her rescue.”

The area where the child was found has been described as “the epicenter of children stigmatization,” and the Effiong is “one of the few lucky children who have survived such horrific treatment.”

Join our ad-free Substack community to read and post comments...
- Advertisement -
Previous article
Amid Coronavirus, Going to Church a Misdemeanor in NC While Restaurants, Libraries Still Allowed
Next article
Democrats Give Christians Advice on Not Worshiping “Lesser Gods” by Being “Too Involved in Politics”