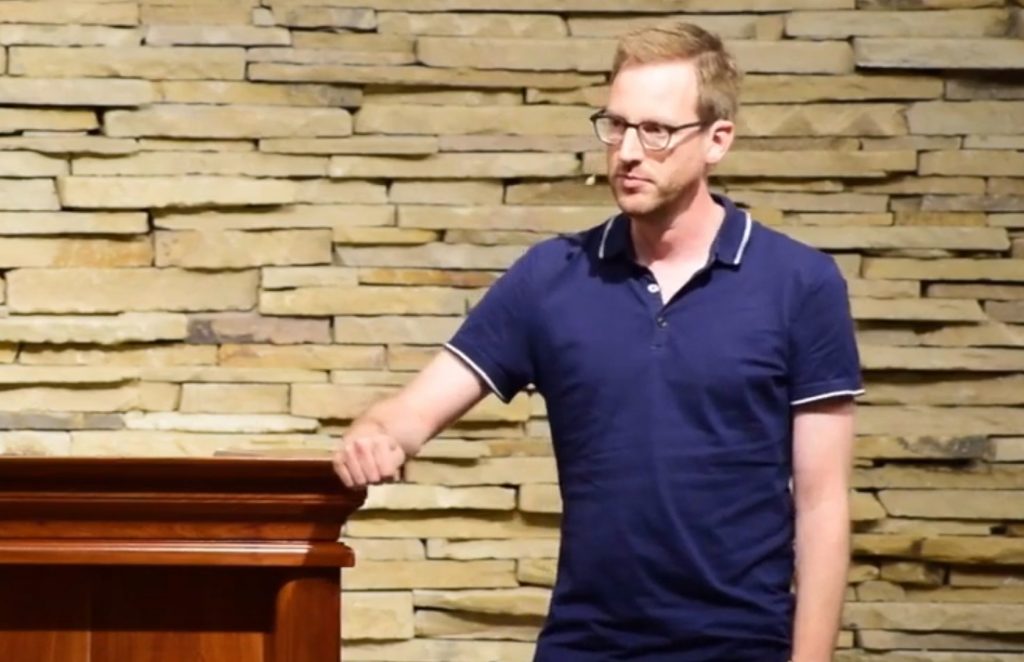 I want to be careful enough to extend enough grace to Tim Challies on this issue as Challies, over the years, has not shown himself to be a serial compromiser. However, it is abundantly clear that Challies’ involvement with The Gospel Coalition has influenced his views on same-sex attraction and “gay Christianity.”

Speaking during a Q&A session recently, Challies was asked his thoughts on “gay Christianity” and what repentance would look like. Challies responded, admitting that he was not fully answering the question, and said that it is unrealistic to expect that the church is going to solve this issue immediately.

I’ve appreciated much of Challies’ work over the years and he’s offered a lot to the Christian community in the way of proper biblical exegesis and gospel preaching. But this answer falls far too short of even a remotely biblical worldview that it cannot be left unaddressed.

Firstly, the Scriptures have already settled the issue, there is nothing left for the Church to solve. The Scriptures treat homosexuality as the judgment of God and a type of judgment whereby the sin itself serves as the punishment for sin. Because God despises it so much, and it is so opposed to His nature, God and his law treat homosexuality — including the desire — as much worse than other sins. A simple reading of Romans 1 would make this clear.

Secondly, the notion that “this whole idea of gay Christianity” is something new is patently false. While it may be relatively new that Southern Baptists and historically conservative Evangelicals are embracing it, it is not new. The Church has been fighting against the influx and influence of sin since its inception — and homosexuality is no different. The Scriptures address this clearly and plainly — PURGE THEM FROM AMONG YOU! (1 Corinthians 5:13)

But then he says that he feels “very hesitant to jump straight to a very blunt answer without first hearing their heart.” My question would be, what could you hear from their heart that would change the fact that they are in rebellion to God? Their heart is wicked, deceitful, sick (Jeremiah 17:9) and God’s heart has already spoken on it.

The fact of the matter is that The Gospel Coalition has pushed for a nuanced tone on homosexuality that cannot be substantiated from Scriptures. God’s Word is not nuanced. God is clear. He hates homosexuality and those who refuse to repent and turn to Christ are going to face the eternal wrath of God. What more urgency do we need to preach this truth? Tim Challies should know better.