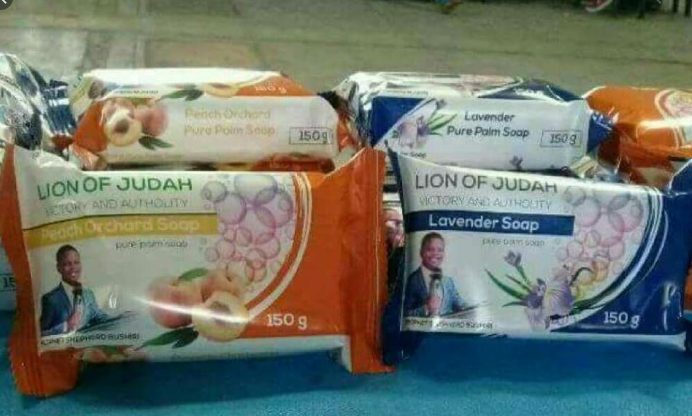 Pastor Sells Soap He Claims Can “Wash Away Your Sins”

A self-appointed “prophet” who goes by the name “Prophet Shepherd Bushuri” in Malawi is selling soap that he says can “wash away your sins,” according to reports.

The soap, dubbed the Lion of Judah Soap, aka Bushiri Soap, is said to be able to cleanse one of their sins so long as it is used on a daily basis. The soap comes in a multitude of scents, including lavender and peach.

Some African leaders were upset, as one wrote,

With the rise of fake men of God, believers have become more alert and keen to avoid falling for their traps. In several photos that have been doing rounds on social media, many have expressed concern and raised brows over a soap product which was reportedly designed by a prophet to help believers wash away their sins.

The soap product branded ‘Lion of Judah soap’ was allegedly introduced to the market by a popular Malawian Prophet Bushiri of Enlighten Christian Gathering (ECG) church.

The soap currently retails for $50.00 and is being promoted relentlessly on social media. Of course, it isn’t unusual for self-appointed pastors, “prophets,” and “apostles” in Africa to fleece people for cold hard cash by playing into their fears and superstitions. This is, sadly, just another example.