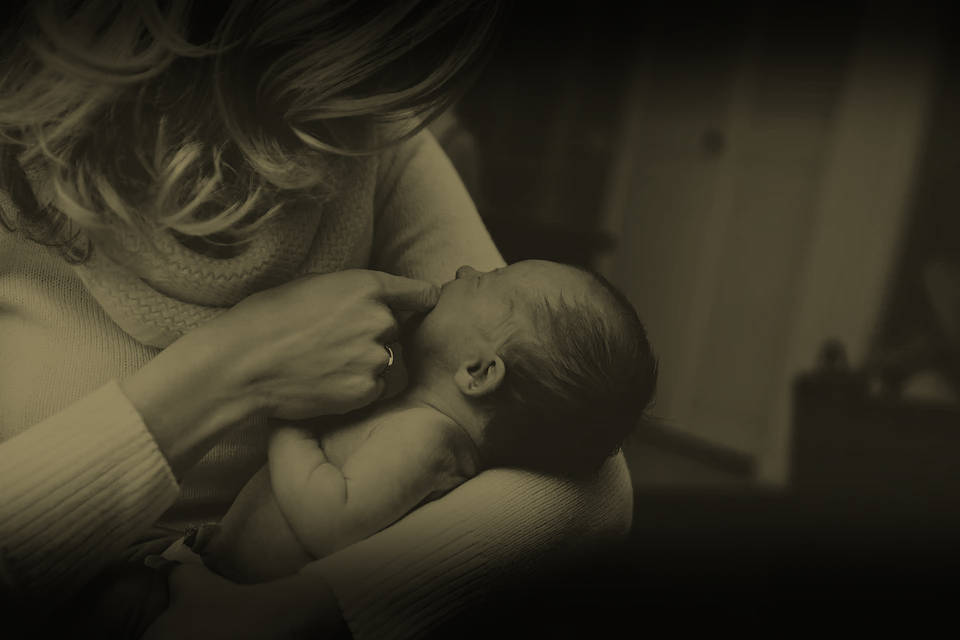 A grieving mother has relived the harrowing moment she went into hospital for an abortion but instead gave birth to a live, crying, baby boy who died in her arms.

Even after the diagnosis, Sofia was determined to choose life for her baby. Recalling the moment, she told the Sun: “I was devastated. I kept thinking that we would manage and that he could have surgery to help him.”

However, doctors put immense pressure on Sofia and her husband to abort the baby claiming the baby boy’s spina bifida was the worst case they’d ever come across. They told Sofia to have an abortion saying it was unlikely her son would survive the pregnancy.

Heartbroken, and following much discussion, the couple decided they would listen to the doctors’ advice. Sofia said: “We were heartbroken, but we made the decision to terminate. We felt it was best for the baby but even so I had moments of doubt and guilt.”

During the procedure, a lethal injection was administered to the umbilical cord with the intention of stopping the baby’s heartbeat. Sofia was then transferred to her local hospital, in Bolton, where she underwent an induced labour with no choice but to deliver what she expected to be her dead baby.

Following the injection, doctors carried out two scans to ensure there was no heartbeat and confirmed to Sofia that her son was dead.

Sofia said: “It was a relief to know his suffering was over but heart-breaking that he was gone.”

But, before the procedure she felt her son move. She alerted midwives but had her concerns dismissed as they assumed the injection in the other hospital had killed Sofia’s baby.

Sofia said: “As I waited, I felt the baby kick. I told the midwife but she said it was impossible. I asked her to put the monitor on to be sure but she said there was no need.”

Ten hours later, she gave birth and was stunned to hear her baby son crying.

“The midwife went into shock. She was screaming for help, she ran with the baby into the corridor.

“They brought him back and said: ‘What do you want us to do?’ and I didn’t know what they meant. I held him and cuddled him and told him how much I loved him.

“He was such a fighter. He had a huge hole in his spine and he was very disabled, and yet he hung on to life for an hour.

“I can’t help thinking that he was determined to have one cuddle with his mummy.”

Sofia and her husband named their son Mohammed Rehman. They gave him a full funeral and he is buried near their home.

Shockingly, an internal investigation into the incident revealed that the assistant coroner had recorded the baby’s death as “by natural causes,” despite the intervention of a lethal injection and forced labour.

Dr Philip Bullen told assistant coroner Simon Nelson: “I was extremely shocked to hear what had happened … I was stunned as the procedure had gone exactly how we like the procedure to go, very smoothly.”

Disturbingly, rather than ensure doctors do more to help babies who survive an abortion, guidelines have been changed to ensure doctors listen to heartbeats for longer post-abortion to ensure that they have ended the lives of babies before inducing labour.

Asked if the hospital had apologised, Sofia added: “The hospital have offered their condolences to me but it doesn’t feel to me like they have actually apologised.

“I have been told it was very, very unfortunate and very rare and that in future women will be told that the procedure is not 100 percent effective…

“I do feel angry with the hospital. I feel angry that I wasn’t listened to.”

“I am still grieving. I think of him every day,” she added.

Estimates have predicted that 80 percent of unborn babies diagnosed with spina bifida, each year, are aborted.

However, pro-life campaigners are hopeful that now the surgery has been made routinely available on the NHS, the number of unborn babies terminated each year will fall.

A new study, conducted by researchers funded by the National Institutes of Health, has confirmed the long-term benefits of the surgery over those who had traditional corrective surgery after birth.

Last week, a former nurse revealed how babies born alive in ‘failed’ abortions in the US are being left to die, something which could happen under the Conservative’s proposed extreme abortion framework for Northern Ireland.

This article originally appeared at Right to Life UK and is republished here under the Creative Commons license.