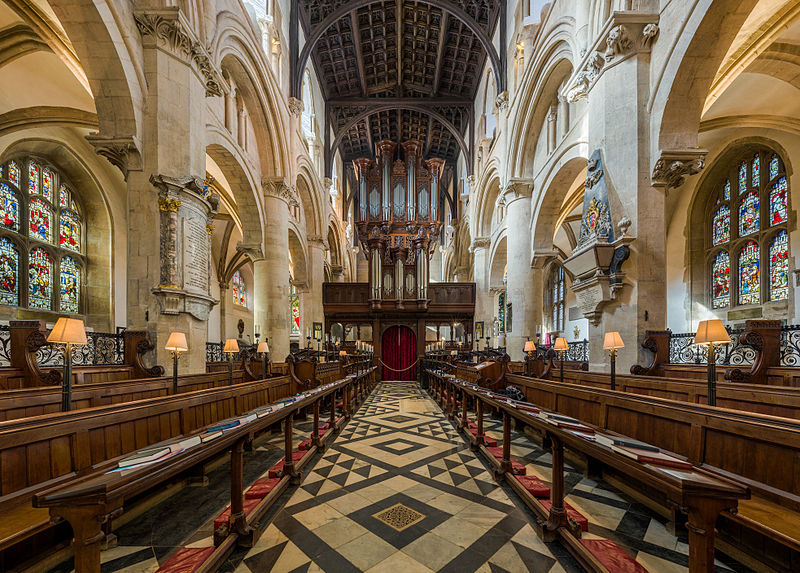 Christ Church Cathedral is the historic Anglican cathedral in Oxford and has announced it will be holding a six-month sermon series on gay-inclusivity and pro-homosexual propaganda. Like the vast majority of Anglican churches, Christ Church is anything but a church of Christ. The Anglican Church is home to The Gospel Coalition’s resident gay priest, Sam Allberry who has advocated for and influenced Evangelical churches of all denominations to become more open to homosexual inclusion.

Christ Church Cathedral in Oxford has announced that it will host a six-month series of LGBT+ friendly evangelical services with the help of local LGBT+ evangelicals, Jayne Ozanne and the Revd Marcus Green.

The Cathedral is the spiritual home for all those within the Diocese and welcomes Christians of all denominations – as well as those of other faiths and none. The Dean, the Very Revd Prof Martyn Percy, explained the rationale behind the new service: “We recognize that many have not yet been able to find their spiritual home in Oxford, and are looking for a safe place where they can find hope and healing with people they can trust. We are glad to be able to host this and look forward to welcoming all who those who are searching for the space and vibrant spirituality this service will offer.”

The first service will be on 23 February 2020 at 8pm in the Cathedral, and will be led by the Revd Marcus Green, a local rector and author of The Possibility of Difference. Jayne Ozanne, a well-known LGBT+ campaigner, whose personal struggle as a gay evangelical is recounted in her memoir Just Love, will preach.

There will be an opportunity for all those who attend to socialize after the service.

The initiative is being pioneered by a group within the Diocese, which include Christ Church’s College Chaplain, Revd Clare Hayns, and Succentor, Revd Philippa White, and has the full support of Christ Church’s Chapter and College Officers.

The worship will be led by Mr Liam Cartwright and the prayer ministry by the Revd Hannah Cartwright.