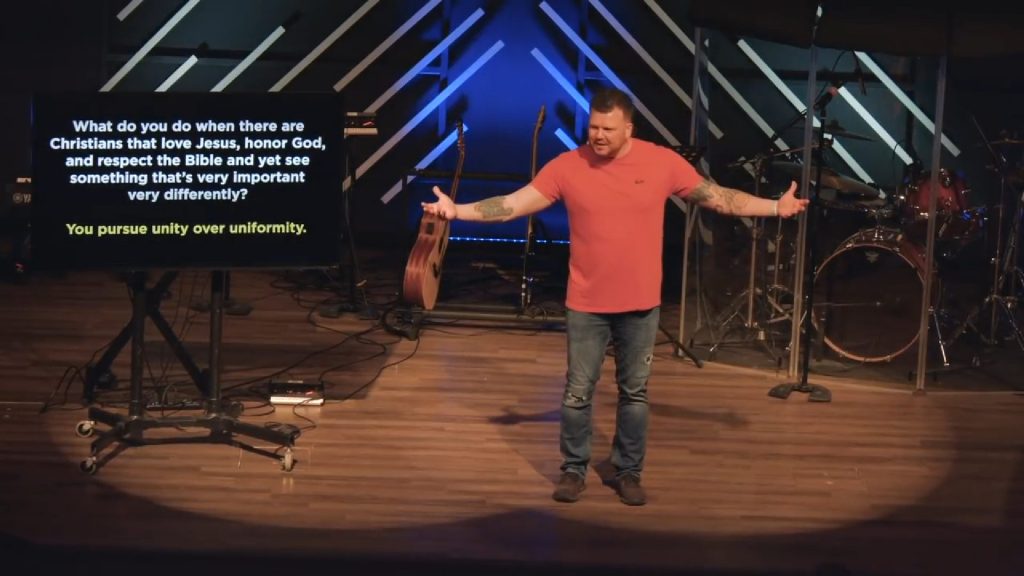 Assemblies of God Pastor Announces His Church Is Now “Fully Inclusive” of LGBTQ, Including Serving as Pastors

Now, another AOG church has announced that it will fully embrace homosexuality, including letting them serve on staff as pastors.

Dan Matlock, lead pastor of Eikon Church in Kyle Texas made this astonishing announcement on Sunday, February 9 to his congregation during the Sunday morning sermon.

After saying how he went to the elder board to clarify their orthopraxy on LGBTQ issues, he told the audience “we need to decide, we’ve not been clear … we need to wrestle with 1.) what we believe about this, and 2.) how we’re going to structure and shape our church in its practices.”

A representative from the Assemblies of God reached out to Reformation Charlotte with the following official statement from their Executive Leadership Team:

As many of you are aware, a certified minister at an AG church in Texas on Sunday announced a departure from the official Assemblies of God position on human sexuality. The Assemblies of God has a well-established process to deal with such departures. Immediately upon first knowledge, the North Texas District initiated appropriate action required in dealing with both the minister and the church.  When it comes to matters of marriage, sexual orientation, and gender identity, the Bible is clear. That is why the only acceptable position for Assemblies of God ministers and churches is clearly outlined in this statement: https://ag.org/Beliefs/Position-Papers/Homosexuality-Marriage-and-Sexual-Identity