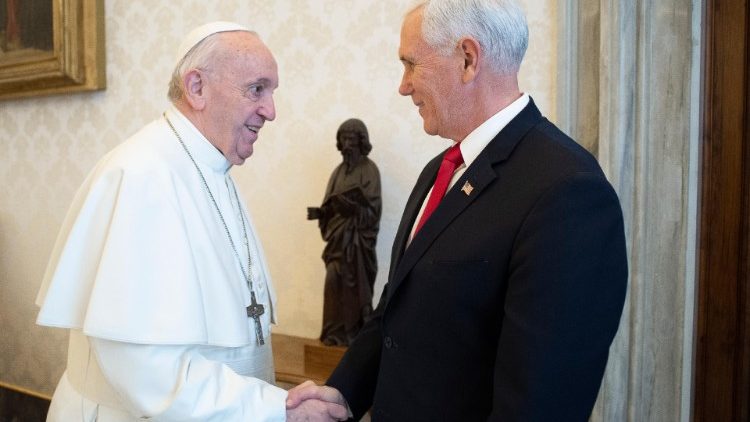 Mike Pence Goes to the Vatican to Meet Pope, Gifts Him a Wooden Crucifix

Vice President Mike Pence has been heralded as one of the most conservative Christian leaders this nation has ever seen — his wife even being attacked constantly by the left because she teaches at a Christian school. Today, Pence visited the Vatican to visit the pope and, according to The Hill, he gifted the pope a wooden crucifix made from a tree near the Vice President’s residence.

Pope Francis on Friday met with Mike Pence, Vice President of the United States, in the Vatican. During their meeting, the Pope handed Vice President Pence a copy of his World Peace Day Message.

In his Message, Pope Francis invites us to help build peace, promoting a more just, supportive and fraternal world, because even today the scars of war “affect especially the poor and the vulnerable”.

It’s unclear of the true purpose of the visit suffice it to say Pence and the pope’s visit appeared to go well. Pence was raised a Roman Catholic but has now converted to Evangelicalism.

On the other hand, President Trump’s relationship with the pope hasn’t been quite so glamorous. The communist pope has been outspoken in his criticism of the U.S. president and his policies — particularly on the border wall — stating that he would rebuke Trump to his face about it. It’s unknown if the pope sent that “rebuke” home in an envelope with Mike Pence to give to Trump when he returns.