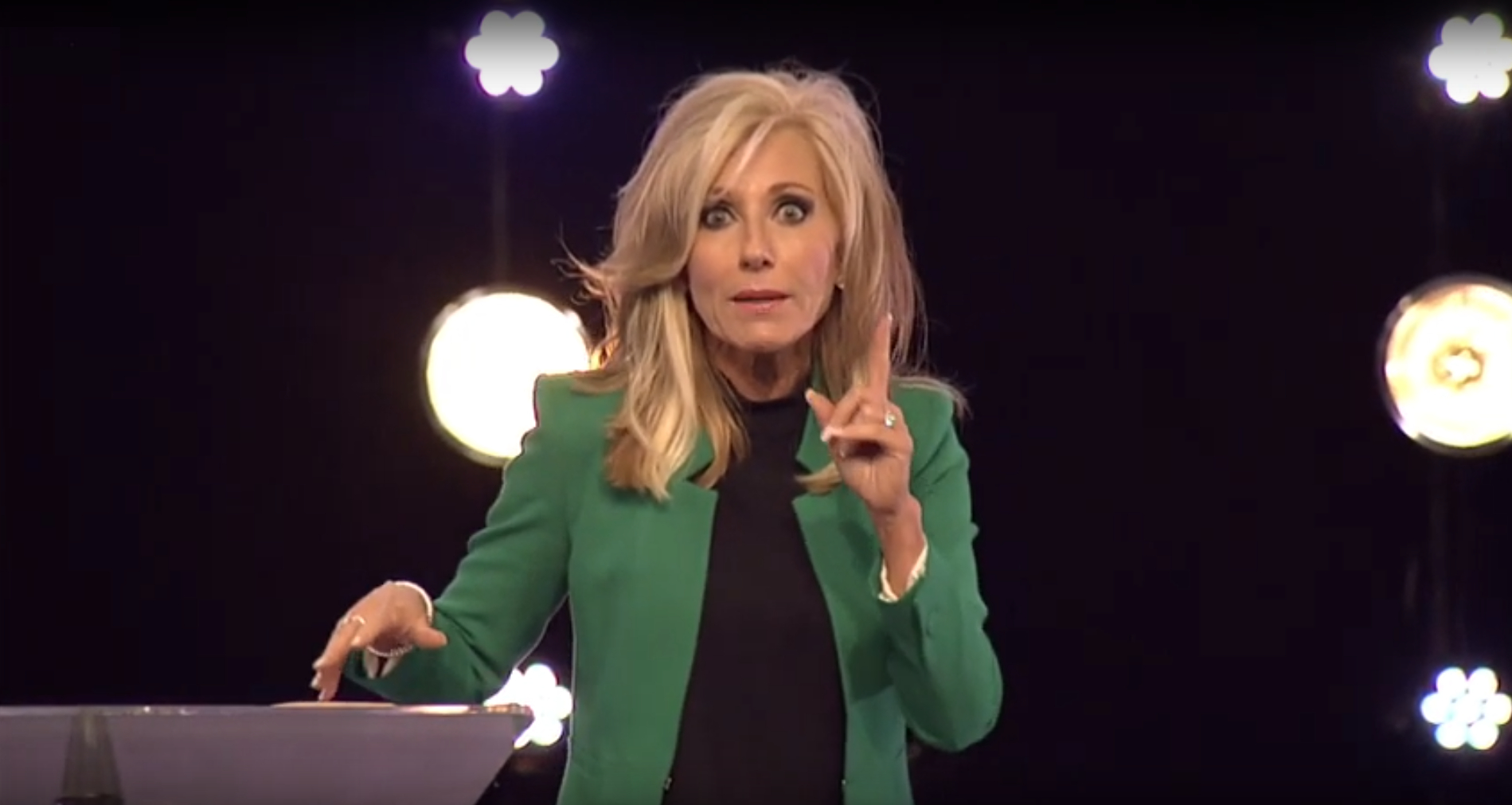 Beth Moore has long left the reservation of sound, biblical Christianity. Besides the fact that she’s a rebellious woman who refuses to submit to the authority of God’s word by teaching and preaching to men, she has fully embraced the “woke church” movement and joined the chorus of self-shaming virtue-signaling white folk who have surrendered their right to speak on racial issues to those professional victims of a fictive epidemic of “white supremacy.”

And yesterday, that chorus was silent.

Beth Moore — self-proclaimed Bible teacher and one of the leaders of the Evangelical virtue-signaling choir — announced that she was remaining silent because she was told to “talk less and do more” by BJ Thompson, executive director of Build a Better Us.

To be frank, the argument employed here is no different than the argument that leftists use against the pro-life movement — that only women who experience hardships in raising children should have a voice. It is a rejection of objective reason in favor of a Marxist ideology known as standpoint theory which says that only those with certain experiences can speak to a certain issue because they have “special insight.” The Scriptures do not teach this idea.

Sadly, so many today have traded the foundation of biblical Christianity for a social justice gospel — a natural version of religion that seeks to mimic Christianity. Unfortunately, for those who have succumbed to this movement, they have abandoned true Christianity and embraced a false gospel.

Join our ad-free Substack community to read and post comments...
- Advertisement -
Previous article
Missouri Legislator Introduces Bill Criminalizing Drag Queen Story Hour in Public Libraries
Next article
Gay Lutheran “Pastor” Who was Kicked Out of the Clergy in the ’80s For Coming Out has Been Reinstated