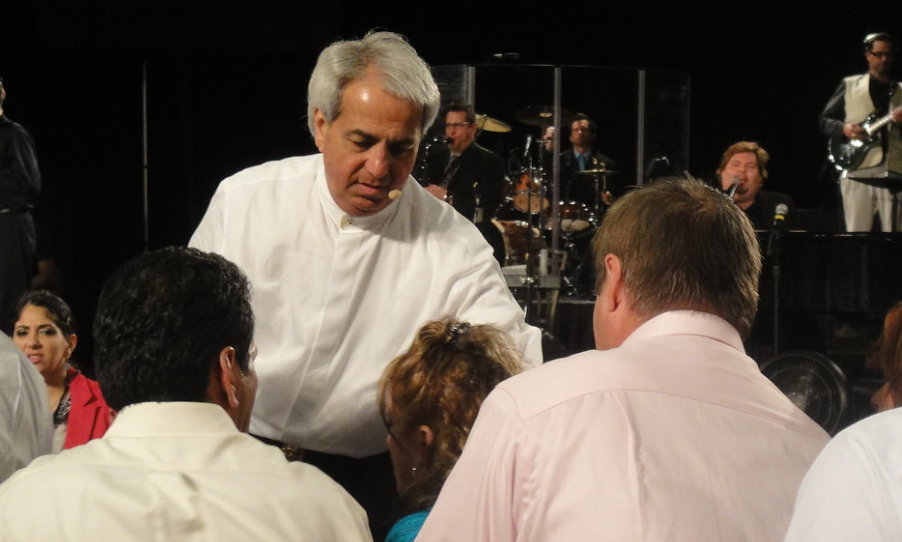 The charismatic “faith-healer” movement is one of the most nefarious perversions of Christianity in the world plaguing practically every populated continent with its false gospel of physical healing, health, and wealth. Faith-healing, a subsect of the sub-Christian Word of Faith sect, features false teachers like Todd White, the now-defunct Todd Bentley, and most people you’ll find featured on the sub-Christian television network, TBN.

While “faith-healing” spans many different religious belief systems — from charismatic Pentecostalism and Mormonism to Roman Catholicism and even Islam — the one thing they have in common is a denial of modern medical science. It is all rooted in Pagan occultism.

Over the years, numerous people have died due to a lack of adequate medical care based on the biased assumption that one can be “healed” so long as they have enough faith. The practice is particularly strong among poor, uneducated populations but has been known to affect even the rich and famous. One example of this is famous actor John Travolta whose son had treatable medical conditions that were refused because of their religious (Scientology) beliefs.

Now, child welfare advocates will be heard in the Idaho state capitol who are seeking to limit exemptions from medical care for those who hold to these aberrant beliefs. The following is from the Idaho Press:

BOISE — A panel of experts and advocates is set to discuss whether to limit a faith-healing religious exemption in Idaho, one of few states that shields practicing adherents from civil or criminal prosecution when their child dies or sustains disabling injuries without medical care.

The panel discussion is open to the public and starts at 4:30 p.m. Thursday in the state Capitol’s Lincoln Auditorium.

Child-welfare advocates, legislators and police officials in Idaho have fought the faith-healing exemption for years in hopes of reducing child deaths in the state, and yet bills to change or repeal the exemption have been voted down or have died in committee.

The panel also will include Tara Kester, who grew up in Canyon County’s faith-healing community and, as an adult, came forward to law enforcement about the sexual abuse she and her sisters suffered in secret as children. She is the daughter of Lester and Sarah Kester, both of whom were recently sentenced to prison for their roles in the chronic abuse.

Wingate said former Followers of Christ members Linda Martin and Willie Hughes will speak about their experiences, as well. The small and private Christian sect, which has a strong presence in Canyon County, is known to practice faith healing, with its members refusing to seek medical attention for themselves and children when injured or sick.

Last year, organizations such as the nonprofit Protect Idaho Kids — which is hosting Thursday’s panel-style event — attempted to modify the exemption instead of repeal it, but were again unsuccessful.

Wingate said the group will once again push for the modified exemption during the 2020 legislative session. However, this year, they hope to garner support from the House and Senate judiciary committees, not just the Legislature’s health and welfare committees.

Wingate said Idaho lawmakers have resisted removing or changing the exemption because they don’t want to step on religious freedoms or parental rights.

A proposed bill, he said, would amend Idaho’s religious exemption so it doesn’t apply if the child is at risk of serious injury or death. He hopes Thursday’s event will help lawmakers see the importance of the issue and then “wake up and do something.”

“We would love to have as many people in the audience as possible to let legislators know there is a sense of solidarity and that people care,” Wingate said. “We have such a good field of representation this year … with people who have been heavily involved in the issue on and off for years.”

Despite the controversy that often surrounds the faith-healing debate, Wingate said he doesn’t anticipate any attendance from the opposing side.

Calls to known Followers of Christ members for comment on the event were not immediately returned Friday.