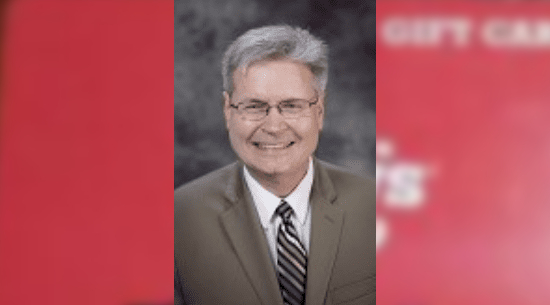 NY DAILY NEWS — A Missouri church leader and professor used Grindr to connect with students at his university and then attempted to compensate them for sexual acts using an Arby’s gift card, among other unconventional gifts.

Barry Poyner, 57, a Kirksville, Mo., resident, professor at Truman State University and a church elder with the Kirksville Church of Christ, used the handle “DILF” on Grindr to connect with male students at Truman State, according to the Daily Express. Poyner then offered to pay for sexual acts in unorthodox ways, telling an undercover officer that he “might throw in an Arby’s card” along with paying to fuel up the officer’s vehicle at a local gas station.

Poyner said he was interested in a “sugar daddy relationship” and that he’d provided partners with gift cards, clothes and cold hard cash in the past, the Daily Express reported.

Police set up the undercover account after receiving a tip about Poyner’s use of the app, which is similar to Tinder but specific to gay, bisexual and bi-curious men.

Poyner offered to pay for the fuel prior to the sex acts, and officers set up a sting at a local gas station, according to the Daily Express. Poyner attempted to flee the scene when he saw the cops, but only made it several blocks before giving up and pulling over.

Join our ad-free Substack community to read and post comments...
- Advertisement -
Previous article
Audience Erupts in Applause as Comedian Michelle Wolf Says Getting an Abortion Made Her Feel Like God
Next article
Man Sentenced to 16 Years For Burning Gay Flag While Burning American Flag Remains Legal