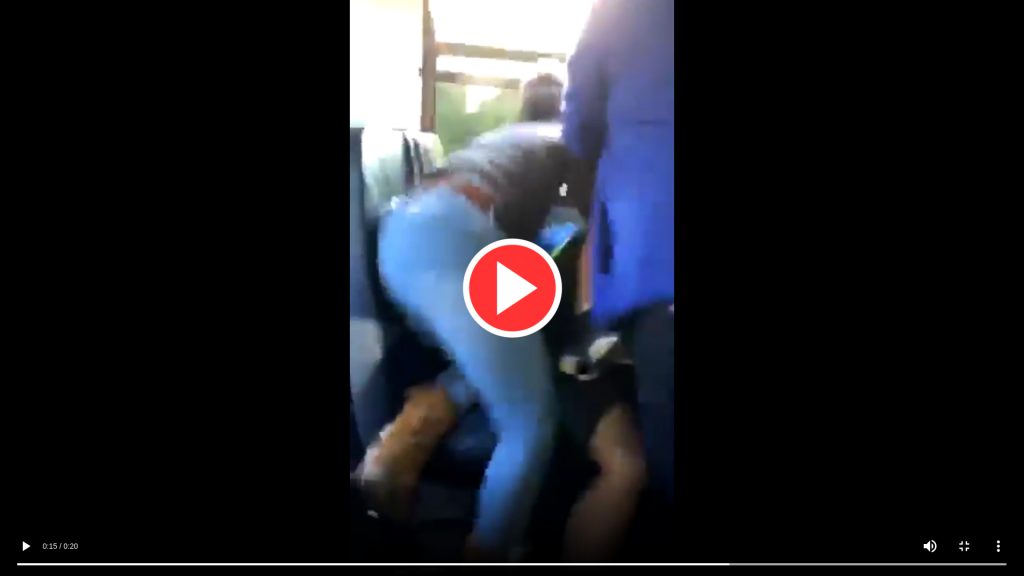 While we’re constantly hearing about the supposed racism rampant in all the white-on-black violence that is supposedly happening in every segment of American society — of course, a false narrative created by mainstream media — what the world is largely ignoring is the mass violence in black-on-white attacks that, well, actually are racially-motivated.

Recently, Reformation Charlotte reported on a group of black teens who robbed a white kid at gunpoint, recorded it, laughed about it, and posted it on social media for the world to see. As if it weren’t stupid enough to do such a thing, to begin with, they had the gall to broadcast their violent crime everywhere.

Now, another video has surfaced of a gang of several black students on a school bus ruthlessly and violently beating a white student because they found out he liked Donald Trump.

From the mother’s Twitter page, she writes that her attorney told her it was okay to release the video.

Join our ad-free Substack community to read and post comments...
- Advertisement -
Previous article
Lesbian Walks Up to Church Saying “I’m Here For My Stoning,” Guy Tells Her to “Come Back Tomorrow”
Next article
Jen Wilkin of Village Church Says Women’s Periods are a Parable of the Crucifixion