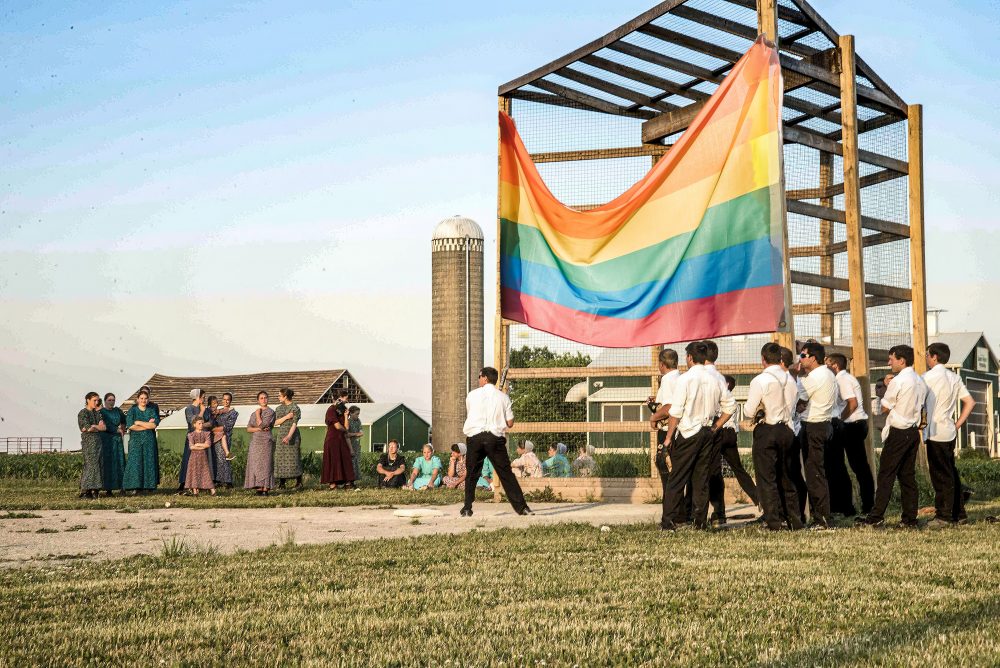 Similar to the Amish, the Mennonite Church was formed out of the Anabaptist movement and, like the Amish, in many ways has become synonymous with a simple lifestyle apart from modern luxuries. Mennonites communities became known for their stereotypical lackluster style of dress, the beards sans mustache, the bow ties, the ox and the plow, and the horse and buggy that carried them around their secluded communities so they wouldn’t be corrupted by outside influences.

Well, those days, however accurate that description really is, are over.

The Mennonite Church has now passed a resolution “repenting” of hurting and excluding LGBTQ people and has vowed to do better. In a resolution that was written by the “Inclusive Mennonite Pastors Leadership Team”—which was passed by an overwhelming 72 percent of the Delegates on day two of the assembly—the church now officially “confesses” that “Our denomination’s policies, structures, practices, and theologies have excluded LGBTQIA persons from fully sanctioned participation in the denomination and have caused great harm to LGBTQIA Mennonites and their families.”

While the new resolution does not require congregations and ministers to accept or baptize LGBTQ people or perform same-sex weddings, it does remove the prohibition against it.

The resolution also calls on the denomination to commit to “Provide denominational resources for individuals, congregations, and conferences to engage with repentance and reconciliation in their own contexts” and says that “Such resources should explore historic harms, encourage truth-telling, and address areas of intersectionality.” It further states that the denomination now commits to investing time and money into platforming LGBTQ people to lead the churches in providing support for homosexuals.

Curt Stutzman of Weavers Mennonite Church in Harrisonburg, VA said as one of the few dissenters, “I hold a deep conviction that my desires are to be submitted to God’s desires, and that God’s purpose and place for sexual expression is within marriage between a man and a woman. In order to be faithful to God and loving to those around me, [I] must ask others to submit their desires to God’s authority. This conviction results in my sometimes being viewed as intolerant and unjust. If you … believe that I’m intolerant, it will not change the fact that I love you [and] I believe … that God loves you so incredibly. Jesus is the way the truth and the life, and He desires us all, wishing that none should perish.  None.  I must be faithful to His leading.”

Sadly, as the world goes to Hell, the many “Christian” denominations and false churches are following the prostitutes right into the pit. God help us!