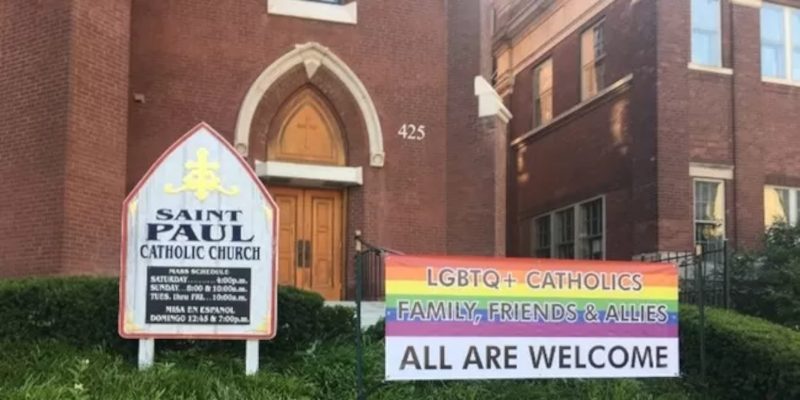 “Sexual immorality is the evidence that a society is under the divine judgment of God for that sin.” —John MacArthur

In the last couple of decades, we have witnessed something that is foreign to the historic Christian Church. We have seen more and more of the professing Church embrace something so vile that God wiped two cities off the face of the Earth for practicing it and the Apostle Paul warned that a nation that is under God’s judgment is evidenced by this very form of wickedness. That wickedness is rampant, unrepentant sexual immorality.

But historically speaking, the Roman Catholic Church, despite its bad theology and corruptions of the gospel itself, has stood as a strong adversary to the influx of liberal social agendas. In fact, the Roman Catholic Church has always sort of stood as a litmus test for where the broader professing Church stands on social issues such as abortion, LGBTQ, and feminism.

That is no longer the case as the push for LGBTQ acceptance in the Roman Catholic Church is at an all-time high under the current pope. One church, Our Lady of Grace of Hoboken, New Jersey, will be offering a “pride mass” for what they call “LGBTQ brothers and sisters.” Now, another Catholic Church in Kentucky held a “service of atonement and apology to the LGBTQ+ Community.”

Apparently, this “church” believes that God’s stance on sexual morality is unjust. Yet, this should not surprise us as under the current pope, we’ve seen a movement away from a staunch adherence to conservative doctrine on these issues. Francis has stated that homosexuals are “God’s children,” conducted a mass for gay Catholics, and endorsed same-sex unions in a documentary film recently released. At some point, it should come as no surprise if the Roman Catholic Church and all the apostate Protestant spin-offs join her in a massive sexual rebellion and openly embrace sodomy.